There’s no gentle way to say this: John is delusional about the value of his business.  He’s convinced it’s worth $500,000, even though:

A high percentage of small business owners overvalue their businesses.  Often, their belief is tied directly to an unwavering optimism about what the future holds for the business.

This business is going to be much more successful very soon.  Profits are coming!  Why should I miss out on that potential just because I sell the business?  I should get paid for the positive things I know are just around the corner.

Like John, these owners are overworked, underpaid, and a little desperate.  They haven’t seen the financial reward for their years of work, sacrifice and investment.  Now as they come to the end, their final hope for that dreamed of payoff is a buyer who will pay them for the future success that is “certainly coming.”

That’s what John wants, but he’s not going to get it.

It’s too late for John, but it’s not too late for you.  If you really want to sell your business someday, stop thinking about the shiny, unrealized future, and think instead about buying a cow. 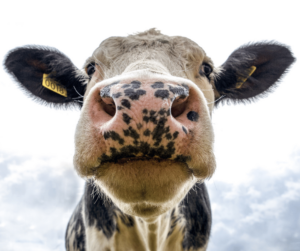 I grew up on a small “hobby” farm.

We had cows.  Never more than a couple, and never cows that we had to milk (having those is just crazy), but we always had a few beef cows to raise for butcher.  That meant that every year or two we had to buy a new calf from a local farmer (not hobby).

That farmer would always sell the cow to us based on weight.  Young, small calves were less expensive, while older and heavier ones cost more.

Bigger meant you were buying a heavier, and probably a healthier, calf.  You could turn that weight into extra pounds of hamburger right after you bought, it if you really wanted to . 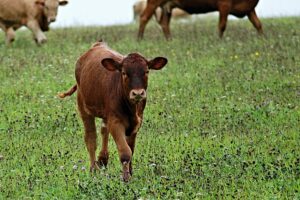 That said, we always bought a small calf, because we knew the calf would grow.

Mine is Mine, Yours is Yours

And that’s the simple lesson to remember.  Everyone involved in these transactions  knew that calves get bigger, including the farmer that sold them.  But I never once heard a farmer say:

Listen, if you feed this calf she’s going to pack on the pounds, and I deserve to be paid for some of that weight . . .

The farmer got paid for the results he had generated when he owned the calf.  As the new owners, we exclusively benefited when the calf grew after we bought it.

Potential for growth was assumed by everyone, and 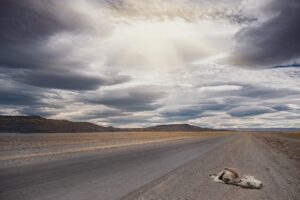 risk was understood by everyone.

Sometimes cows die.  And when they do, everything you’ve done, all the work, time and investment is lost.  That was the risk we took as trade-off for the potential reward of future weight gain.

We paid the farmer only for the existing weight, any future gains were ours. 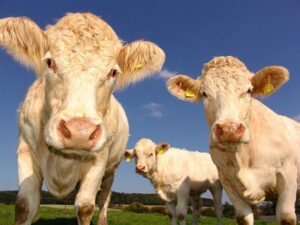 “That internet start-up sold for billions before it ever earned a penny.”

“Did you see that deal on Shark Tank?”

“They could make millions with my designs.” (that’s a direct quote from John.)

Earn outs.  Discounted future earnings.  Royalty deals.   There are so many ways that business owners’ cash-in on the unrealized future.

But they are not going to happen to you.

If you are lucky enough to be in the small percentage of businesses that actually sell . . .

No doubt there are brokers reading this screaming, “I just did a deal with an earn-out, it happens all the time.” Again, these deals happen, but they are the exception.  Don’t rely on your business to qualify as the exception.

A rosy view of the future will almost never overcome a skinny past.  It’s that simple, but simple can really suck, especially when you own a skinny cow. 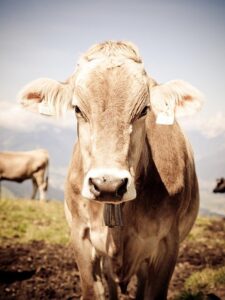 It’s All About the Current Weight

We would all like our business to be valued based on our rosiest vision of the future.  But that’s not an approach that’s likely to make our “sell my business” dreams come true.

Stop complicating your perceived value of your business and keep it simple.

Next time you start to get grand ideas about what your business is worth, and what you’ll be able to sell it for . . . take a minute, grab a hamburger, and consider the simple, real way most small businesses get valued and sold.

Planning to Sell It Changes Everything

Something Stinks, aka The Seller is a Liar, aka Buying a Small Business

I Want to Sell Someday . . . Are My Results Desirable?

Use Their Tools and Failure is Your Only Option

Our FREE Newsletter Will Help You