It has finally hit me.  I can’t believe how good I feel.

The sun was shining through the café windows, but the smile on Jaime’s face was the brightest thing in the place.  This was the first time I had seen her since she sold her business and she was beaming.

We ate lunch, and Jaime talked about closing on the sale of her business.  She described the 24 hours of numb disbelief that followed the closing, and then the dawning realization of how good she felt about her future.

Our lunch together was an incredibly satisfying end to a journey that started two years earlier.    It closed a chapter on a very successful business endeavor for Jaime, and it helped me name the “one thing”.

What’s the secret?  What is the single most important item needed to sell a small business?

I have looked for the answer for years.  I searched for it when I was a business owner, a seller, a broker, a buyer and a coach.  Was it . . .

These and 100 other things are important, but watching Jaime’s journey I finally found the single most important element you need if you want to sell any small business.

I should have picked a different location for our first meeting.  The coffee shop where we met was nice enough, but the only place for our private conversation was the basement seating area.  It’s a little gloomy, dark, and heavy, but it turned out that it matched Jaime’s feelings that day. 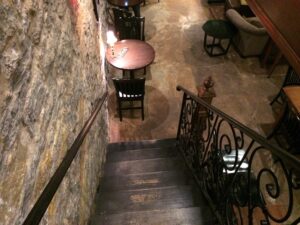 First, you should know that positivity is the primary element in Jaime’s DNA.  As a business owner she meets challenges with an overwhelming sense of optimism and energy.  That enthusiasm is the first thing you’ll notice when you talk with her.  But on this day even her zest for life couldn’t hide the strain.  My notes captured how she was feeling:

“The business is in good shape, but I’m a wreck.   I want to do something else.”

To hear Jaime tell it, she was miserable.

She wasn’t exactly burnt out, but she was burning up.  After 12 years of growing the business, she was having more and more bad days.  Days . . .

She was ready to do something else – on the bad days.  But on the good days, she was still in love with her business.  She still had days where:

At our first meeting Jaime wasn’t sure if she wanted to sell her business – and she agonized over the lack of clarity.  Sell or stay?  Grow or go?  I saw her fight the mental battle for an hour as we sat across from each other.

“I just don’t know if I’m ready to go.”, she said for the fifth time.  The bad news I was about to give her would make the decision she thought she had to make fade quickly.

Jaime, it doesn’t matter if you want to sell the business, because your business isn’t sellable right now.

Jaime had a strong, profitable, dynamic business, but as we talked through a couple key questions, it became clear that there were issues that would make the business hard, if not impossible, to sell as it currently existed.  These things had to be addressed before a sale could happen, especially given Jaime’s goal for an exit.

Jaime’s business wasn’t ready to be sold, and that put her in good company.

They find out too late that they didn’t make the right choice.

If you want to sell your small business someday, you have to make a choice, but not the choice you think.  It’s not the choice to sell or not – although that’s the one we wrestle with as owners.

Rather, it’s the choice to create a business you can sell. 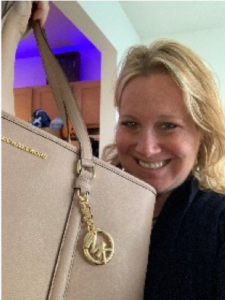 The “one thing” you need to sell a business is an owner with the intention to create a business they can sell.

Everything follows that intention.

I am a huge believer in the ability of small business owners to get things done.  HUGE.  But only the things we choose to care about, and when it comes to selling a business “caring about preparing” is the biggest challenge we face.   It’s why most attempts to sell fail.

Small business owners tend to do the things they intend to do, but too often our intentions come to us, not from us.

Owners are bombarded by competing needs.  Clients, employees, equipment, financing, market shifts, etc.  The list goes on and on and on.  Active, vocal constituents advocate for what’s important to them.  Clients demand satisfaction.  Employees work to get their needs met.  The letter from the IRS sitting on your desk screams on behalf of the government’s goals.

And all that important noise relentlessly drowns out our intention to sell our business someday.  The topic gets postponed, ignored and dismissed. 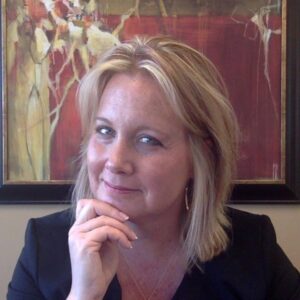 No One But You

Who advocates for you and your desire to successfully exit your business someday?  Who creates the space for your business to change in the way it needs to if you ever want to be able to sell it?

No one will ever advocate for your exit – except for you.

Nothing can happen until you, and you alone . . .

DECIDE to Create a Business You Can Sell.

We Wait Too Long for the One Thing

“I’ll get the business ready for sale after I decide I’m ready to sell it”, you say to yourself.

Preparing a business for sale is different than selling a business, and when they get mixed together, the sale is what suffers.  When owners wait until they are “ready to sell” to start getting their business “ready for sale” they take on a very risky bet, and almost always lose.

That’s where Jaime was brilliant.

I don’t know if I’m ready to sell, but I’m ready for the business to be sellable.

And as she said it, she smiled for the first time in that meeting.

In that first meeting Jaime created the intention to be ready – and two years later we had lunch in a sunny café to celebrate the sale of her business.

With remarkable clarity, Jaime left that basement committed to getting her business prepared for sale.  That became her intention.  And that intention helped her change the things she needed to change in her business.

What did she change?

Honestly, compared to finding the intention, the details of what she changed are not important.  There are items in every business that negatively impact the owner’s ability to sell it.  Jaime had a few.  Once she decided to get her business ready, she addressed them.

It took a little time.  Around 18 months, which is less than most.  It was shorter because of the strength of her business to begin with.  And at the end of that 18 months, Jaime’s business was stronger than it had ever been.  It was ready for sale.

The best small business to own is one that is ready to be sold.  That’s the great secret.

You’ll likely never be happier with your business than when it’s ready for sale.   Why?  Because, the factors that make a business ready for sale make it easier and better to own.  It’s ironic, especially if you’re struggling with the decision to sell or not. 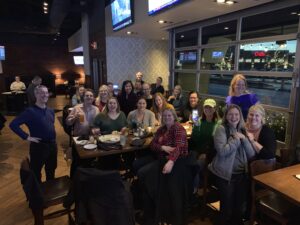 Jaime’s decision to sell her business was one she wrestled with right up to the day she signed the closing documents.   There were so many things about the business she enjoyed.  She still respected and appreciated her employees, and the life and business they helped her create.  The path she’d been on had been so satisfying, for so long, and it was a hard choice to sell it.

Her desire to do “the next thing” ultimately proved more compelling. 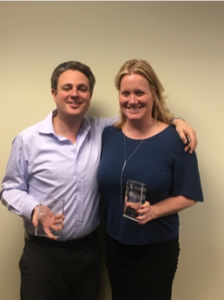 She Sold the Business

The sale itself is always exciting.  It’s fun to talk about the negotiation, the back-and-forth, the near-death deal experiences, and the celebratory Champaign toast, but they’re not the important part of this story, or where the sale took place.

Getting to “I want to sell” is an important decision for a business owner, but the truth is that it feels more important than it really is.   Too often it’s the only decision that small business owners think they need to make if they want to  sell their business.  Deciding to sell is only a small part of a successful sale, and it’s ultimately a meaningless decision if you don’t have a business that can be sold.

The key to selling your small business is finding the intention to create a business you can sell.

That’s what Jaime did – and that’s why she had such a big smile on that day we met for lunch.

(Want to see what Jaime’s up to now?)