A Successful Turtle Reflects on Rabbits and Recessions

We live in a business environment defined by pursuit of speed.  Find it, buy it, and do it fast, fast, fast.  Whether you’re looking to buy a business, or grow the one you have, the challenge always seems to be keeping up.

But is that the only way, or even the best way, to grow your business?  Steven Wilkinson from Good and Prosper shares the story of a business that used an alternative method.  (Enjoy this excerpt – with permission – from Steven’s exceptional newsletter which you can sign up for here.)

“The only way to get rid of a temptation is to yield to it. Resist it, and your soul grows sick with longing for the things it has forbidden to itself, with desire for what its monstrous laws have made monstrous and unlawful.” Oscar Wilde

“As to methods, there may be a million and then some, but principles are few. The man who grasps principles can successfully select his own methods. The man who tries methods, ignoring principles, is sure to have troubles.” Harrington Emerson (lifted from Gautam Baid’s superb compendium “The Joys of Compounding“) 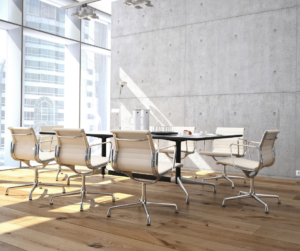 In the early summer of 2009, I found myself sitting in my conference room with a gentleman who had just travelled a few hours from Wuerttemberg in the south-west of Germany to talk to me in Starnberg, Bavaria. It was around seven o’clock in the evening and warm sunlight was illuminating our scene. The gentleman was finance director of a well-respected manufacturing business, one of those family-owned and run Mittelstand companies that represent the very best of German industry and which give Germany its reputation as a respected economic powerhouse. I knew the head of the family and President of the company and as my guest told me, he had been instructed to come and talk to me with regard to a challenge he was facing, although he had not, secretively, told me what the nature of the challenge was when he made the appointment.  I was flattered of course but he was unsure what good this meeting was going to do him and I suspect he would rather not have had the prospect of driving three hours back home on an evening much better suited to barbecuing. 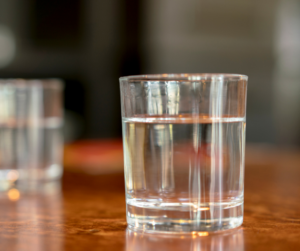 So there we were, cold mineral water on the sunlit table, looking for a way into the conversation. The company he represented was, he told me, 113 years old and had been founded by the current 70-year-old patriarch’s grandfather. The company produced a range of highly specialized metal products for use primarily in the textile industry and had at that time an approximately 60% share of the relevant world market. The company generated just shy of €500 million in revenue, was highly profitable and 100% owned by the founding family, now approaching its fourth and fifth generations.

Our conversation was taking place, remember, in the summer of 2009. The Great Financial Crisis of 2008 had caused a shockingly deep and potentially (apparently) disastrous recession, which had required and continued to require gigantic stimulus and support intervention by Governments to prevent a systemic collapse of the banking system. The mood was one of uncertainty not to say fear that we were all doomed

It is of course difficult to imagine now, given that nothing like that could possibly ever happen again, but in those days the world felt scary and it seemed as though only Warren E. Buffett recognized the opportunity in the crisis and even published a letter in the NYT in October 2008 at the depth of the panic, explicitly telling the world what he was doing.

Warren and my guest, evidently.

It appeared that this CFO was facing a dilemma unprecedented in the company’s 113-year history. The recession had caused such turbulence in their market place that a respected competitor was struggling and they were considering doing something they had never done before, namely pursuing an acquisition. They had no idea how to go about doing this and felt that the mere idea was risqué and not something that solid companies like their family business should be engaging in. However, the opportunity was so obvious that they were having a moment of temptation and were following Oscar Wilde’s dictum of yielding to it quickly in case it dissipated. Hence the conversation with me. 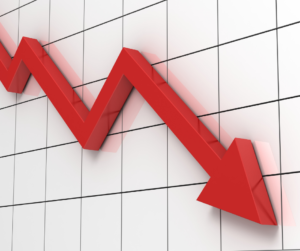 The opportunity led to another challenge. Interest rates had plummeted post-crisis to historic lows and the CFO reckoned that from a financial perspective, it would make sense to borrow the money for the acquisition. The problem was they didn’t know how to do that either, as in all the company’s 113-year history they had never borrowed a cent – or Pfennig – from the bank.

“What? Never?” was I think all I could think of to say. “No, seriously” he retorted and handed me a slim document that contained his company’s current financial statements. I don’t surprise easily when it comes to reviewing financial statements and have learned to expect the good, the bad and the downright ugly almost anywhere, but this was…, well I had never seen anything like this before.

The liabilities side of the company’s balance sheet showed shareholder equity of well over 65%, no bank debt, generous reserves and the rest made up of trade payables. The asset side of the balance was even more surprising and showed a split between fixed assets (this was a manufacturing business remember) representing the plant and equipment of 35%, zero value for the property because it had been depreciated years ago and 65% in working capital of which about 20% was accounts receivable, 15% was cash and 30% was in stocks of finished and unfinished goods: in other words a warehouse bursting with their products.

I think the look of astonishment on my face relieved me of the need to actually ask the question of what that meant, so he told me that this was how the company had always been run and that it was an article of faith for the family to always keep a high level of stocks on hand, so as, he explained, always to be ready to serve customers immediately. He went on to explain that the company had grown steadily over the previous century but especially in the post-war years not only because the general level of trade had expanded – that rising tide lifted all boats in their industry equally – but specifically because coming out of recessions (of which there had been 7 severe ones in the past 70 years) the family had noticed that its conservative balance sheet policy had enabled them to snatch market share from competitors in the early phase of every single recovery.

The family, he told me, now knew two things: Firstly, companies survive recessions by freeing up working capital, producing just enough to get by and focusing on cash. The weaker the company the more depleted and exhausted it will be by the end of a recession. It will have laid people off, run down inventory, shuttered machines, done only the minimum necessary maintenance work, reduced marketing, cut sales bonuses and maxed out credit lines. And secondly when the (inevitable) return to normal levels of business began those companies would not have the wherewithal to ramp up production, finance a growing level of raw materials and supply customers needs quickly enough. They also knew that banks could not be relied on to provide increased facilities until it was obvious that the recession was over, by which time the opportunity to grab market share from slower competitors would be over.

And it had worked: for over 70 years this marvelous company had grown its market share precisely at the time when the competition was weakest by the simple dint of having enough stock on hand to supply customers that in the good times they had been unable to serve due to their attachment to competitive suppliers. They knew their product was good, but they also knew their competitors were producing comparably good products. Their advantage, which allowed them near-monopoly status at least for the first phase of the post-recession recovery was being strong within a short window of opportunity, whilst the others were weak.

The compound effect of that discipline was an unassailable, dominant market share which jumped by ca. 5%-points after every recession bolstered by a fortress balance sheet and total control of their financial commitments.

Our conversation went on for about 90 minutes and I remember how much we both enjoyed it. The company never did make that acquisition (too much trouble) and never did have to find out how to apply for a bank loan, but made a killing in that depressed market of 2009 and 2010.

That set of financials and the story of one family’s adherence to a set of financial principles has stayed with me ever since as a benchmark. I remember that evening thinking that it reminded me of a similar story of a company from a decade earlier with a famously conservative Chairman and controlling shareholder which ended completely differently when he passed the reigns on to his successor.

Lord Arnold Weinstock was the creator of the UK company GEC (General Electric Company – no relation to the US version) and was known for permanently keeping an oversized pile of cash on his balance sheet in order to be prepared for both the vicissitudes of the business cycle as well as to capitalise on opportunities. The City of London equally famously was relentless in criticising him for “wasting opportunity” for “not putting his capital to work” and for being “inefficient” in the deployment of his resources. Weinstock’s range of emotions in his Chairman role was always somewhere on the spectrum between grumpy and cantankerous, which is probably the only persona to adopt when you are being continually harassed to do something that goes against your basic principles.

When he retired in 1996 his replacement was a City approved “hot shot”, Lou Simpson, who changed the name of the company to Marconi (always an early warning indicator of disaster to follow) and promptly trashed the company from a £35 billion valuation to zero by burning through Weinstock’s cash pile and adding a vast layer of debt to the company to finance a series of disastrous overpriced acquisitions. You can read the story here.

Far be it from me to invite comparisons between hares and tortoises, but it is well worth pondering on the differences between thinking in days (or quarters) and decades and how any attempt to shorten the time required to reap the rewards of compounding a sound strategy inevitably and significantly increase the risk of the strategy backfiring and ending you up somewhere else.

The very best way I know of creating a framework for assisting you to harness the power of compounding in your business is to get clarity on how finance works and to put the balance sheet front and center of your long-term focus. Plus understanding that control over your ability to stick to the course is crucial. As I have written before (and no doubt will again, often) businesses are living entities. The primary objective of living entities is survival not growth or speed. Just surviving.

I maintain – and nothing I have read, encountered or experienced to date has been able to convince me otherwise – that mastering the basic principles of business (and personal for that matter) finance is not beyond anyone. If I can do it, believe me, it is well within the scope of everyone. Applying them is perhaps a different matter but understanding how the system works and focusing on one or two key elements, day in day out, will yield astonishing results.

I Can’t Care More About Your Business than You Do

I Want to Sell Someday . . . Are My Results Desirable?

Our FREE Newsletter Will Help You